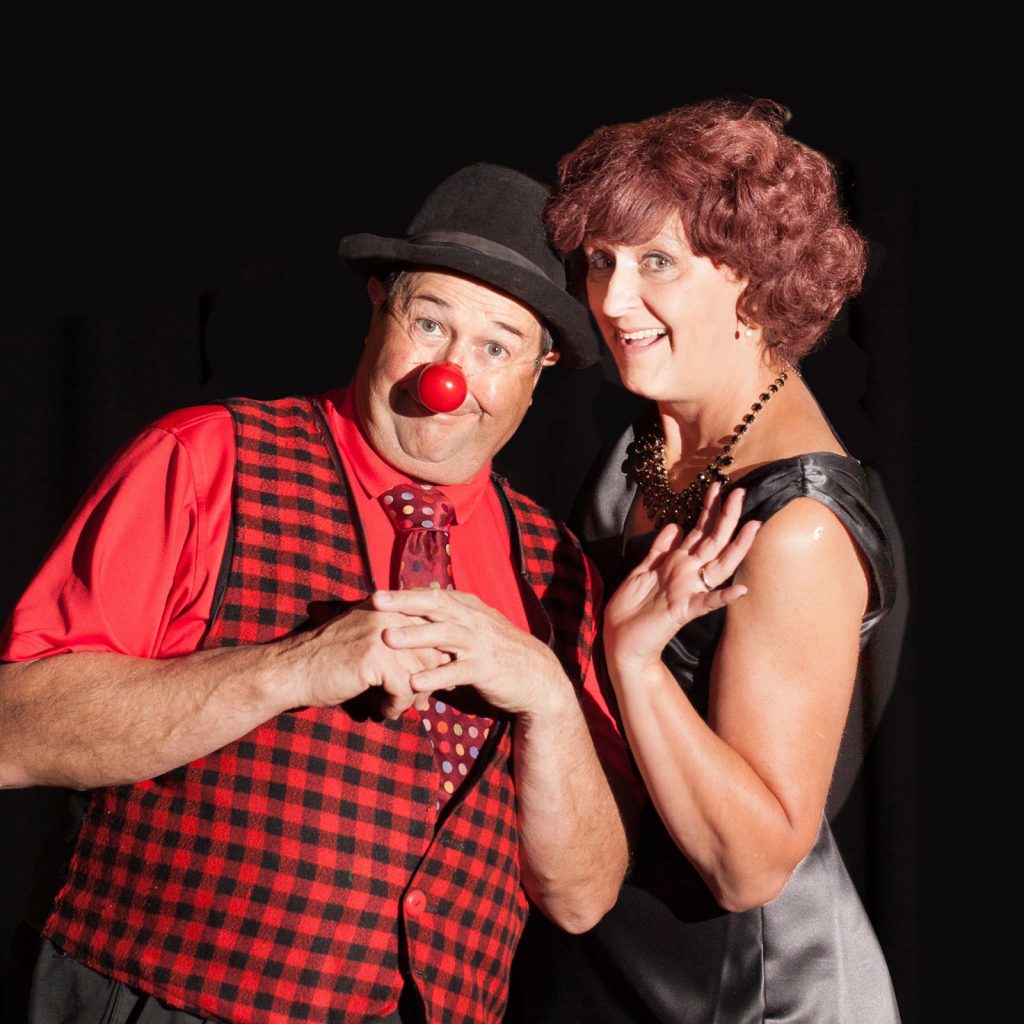 Birgitta De Pree is co-founder of the Millibo Art Theatre and has served as MAT’s Artistic Director for over twenty years.  A graduate of Oberlin College, she received her MFA in performance from the National Theater Conservatory and has spent the last three decades working throughout Colorado as a performer, director, and educator.  She is currently an assistant professor of Theatre at the University of Colorado in Colorado Springs. Birgitta is a five-time recipient of the Gazette’s Best of the Springs “Best Actress” Award and was last seen as Elizabeth in “The Witch” at TheatreWorks, Babette in “Circus of the Night” at Millibo Art Theatre, and Queen Elizabeth in “Shakespeare in Love” at the Fine Arts Center at Colorado College.  She thanks her daughter and clown husband, Jim, for making this adventure so joyful!

Jim Jackson has been adventuring in circus and theatre since 1976. Along the way he has had a great deal of fun directing, creating, and performing in over thirty original productions for children and adults. He is an acclaimed clown who has toured extensively with his award-winning solo shows Mimic Sole, Impossible Balance, and Art Guffaw. Jim has performed at New York’s Lincoln Center, Washington D.C.’s Kennedy Center, London’s Royal Festival Hall , the Edinburgh Fringe, a food court in Singapore, and at thirty five International Children’s Festivals throughout the world. His writing credits include Gods, Guns & Pancakes, The Canon City Trilogy (“Stick Guns”, “Royal Buckskin” and “HUT”), Rubes and Luddites, and The Hats of Mr. Zenobe. Known for his collaborative work as a director and writer, Jim has created national touring shows with Tomas Kubinek, Robert Astle, and Rebecca Buric. He wishes to thank Birgitta De Pree and his three daughters for his best comic material.