Broadway Actor and Mime Bill Bowers – One night only!

Enjoy delicious desserts and conversation with Bill Bowers after the show!

Your ticket includes unlimited drinks, heavy appetizers, a world class show, meet and greet with the performer and an array of delectable desserts!

Bill Bowers has appeared on Broadway as Zazu in Disney’s THE LION KING, and as Leggett in THE SCARLET PIMPERNEL and on June 10th he will be at the Millibo Art Theatre for a special one night event. Bill will perform  All Over the Map,  a show he began developing years ago at the Millibo. Since then he has toured the country performing, playing and realizing it. Now, he returns to the Millibo stage to share a story so unbelievable it has to be true.

“He fills his show with both lighthearted observations and philosophical thoughts, mixing heartfelt and poignant moments with downright obscure and wacky stories that had me mopping up my wet mascara.  His mime skills were beautifully incorporated in an unencumbered delivery, a natural extension of his captivating storytelling abilities.”

As an actor and a mime, BILL BOWERS has performed throughout the U.S., Canada, and Europe. He appeared on Broadway as Zazu in Disney’s THE LION KING, and as Leggett in THE SCARLET PIMPERNEL His original shows, IT GOES WITHOUT SAYING, ‘NIGHT SWEETHEART, ‘NIGHT BUTTERCUP and UNDER A MONTANA MOON have been produced Off Broadway and received critical raves. Margo Jefferson of THE NEW YORK TIMES writes:

“To watch Bill Bowers’ collection of silent stories, UNDER A MONTANA MOON, was to see the technical elements of a European style that probably still brings Marcel Marceau to mind, joined to the American West. Mime can be wonderful – the air between him and us was his palette.”

Bill has performed on some of the most prestigious stages in America, including Radio City Music Hall, Madison Square Garden, The Kennedy Center, and regional theaters nationwide. His television credits include LAW AND ORDER, ONE LIFE TO LIVE, ALL MY CHILDREN, REMEMBER W.E.N.N., and Disney’s OUT OF THE BOX. He is also featured in the film TWO WEEKS NOTICE with Sandra Bullock and Hugh Grant, and the online news channel THE ONION NETWORK.

Bill holds an MFA from Rutgers University’s Mason Gross School of the Arts, and an Honorary PhD from Rocky Mountain College. He has studied mime with the legendary Marcel Marceau.

Visit Bill on the web at www.bill-bowers.com

All Over the Map is an All For One Theater Production, more information at afo.nyc or email booking@afo.nyc. 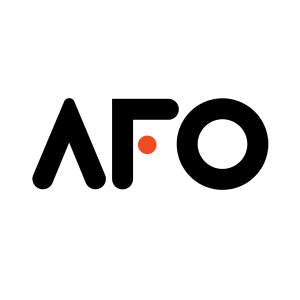