OUR TEACHERS: Millibo’s teaching staff are all professional working artists in the field and bring a rich array of talents, experience and training to the classes they lead.  Teaching assistants and teen volunteers provide additional support in every class. 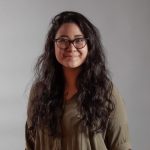 Arantxa Chavez is a friend from Peru who loves all things creative! She recently graduated from UCCS, where she starred in various theatre productions and directed (No Exit) for their 2020 season. For the past 12 years, Arantxa has dedicated her time to mastering the Art of Improvisation. Since moving to Colorado Springs, she has been an active member of the local troupe Unsupervised Improv and has contributed to Improv Workshops all over town! She is super excited to teach at the Millibo Art Theatre once again! 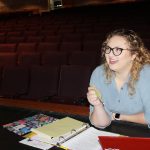 Brooke Callahan has been a theatre director & educator for over six years and holds a Bachelor’s degree in Theatre Arts. Originally from Tennessee, Brooke directed over twenty productions at the Krider Center where they were awarded the Tennessee Recreation & Parks Four Star Award for their summer program. She is also currently employed with Campfire Theater in Colorado Springs directing the regional premiere of “An American Night’s Dream,” an outdoor-walking theatre performance. 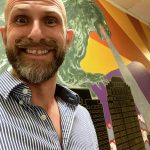 Christopher Keller, a recently returned Springs native is both an artist and an educator. After receiving an education in Circus arts from the circus center of San Francisco he went on tour both nationally and internationally. You can now find him teaching gymnastics or circus, projecting, and spending time with his two wonderful dogs Max and Hairly. 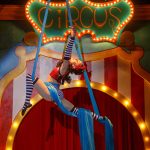 Elizabeth Fluharty, for the last 10+ years, has been learning, performing, and teaching a variety of circus arts including partner acrobatics, aerial silks, aerial rope, and stilts. Thanks to more than a decade of saying “yes” to all kinds of crazy adventures, the circus has become her life and passion. You can often find her teaching classes at Mountain Shadows Aerial Silks and the Millibo Art Theatre, where she loves helping other people find their inner and outer strength through circus arts. 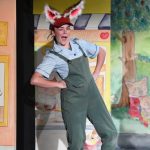 Jessye King Wooten is thrilled to return to the Millibo Theatre and dive into the wonderful art of storytelling! You may remember her from previous classes such as Tales of Olympus or the Hogwarts camp. She also teaches various classes at the Colorado Springs Fine Arts Center and has starred in numerous productions! Before her relocation to Colorado Springs, she was a guest director for The Northwest Arkansas Young Actors Guild (Anne of Green Gables). 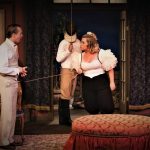 Katie Lowe, a Pennsylvania native with a traveling spirit, has proudly performed and produced coast-to-coast on stage and screen. A professional actress with a degree from The American Academy of Dramatic Arts in Los Angeles, she is also trained in stage combat, a classically trained singer, and has worked as an educator for over five years. As a new member of the Colorado Springs community, she is thrilled to be joining the Millibo team. 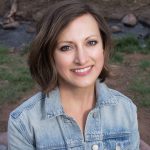 Melissa O’Rear is very excited to be back teaching at Millibo Art Theatre. Melissa teaches full-time as the Creative Dramatics teacher at The Colorado Springs School.  As a grad of NYU and Lawrence University, she has worked locally with the Colorado Springs Children’s Chorale, Stars & Moon Music Theatre, Theatreworks summer camps, the Fine Arts Center Theatre Company, Counterweight Theatre Lab, and the Colorado Springs Conservatory. She spent several years in NYC teaching in public schools and in Chicago as a teaching artist and art administrator. Her and her husband, Stephen, recently became parents to a little boy, Theo, and she is loving her new role as a mom. 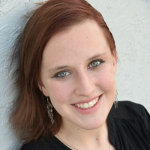 Sophie T. is an arts professional active in the non-profit sector. As an actor, Sophie has brought talents to the stage at the Millibo Art Theatre, Springs Ensemble Theatre, and The Gold Room for comedy. Sophie’s also taught language and theatre programs in District 14 for the past 7 years, and is committed to leadership in the social sector of the Colorado Springs region.

Susan Jones is a playful Aquarius who grew up right here in Colorado Springs. She enjoys all kinds of circus and acrobatics! Cyr wheel, juggling, partner acro, aerial, singing, dancing, Susan does it all in the name of fun. Her performing career started in 2017 when she was discovered by the infamous Jim Jackson. She has been a flakey but persistent member of the Millibo Circus family ever since. In her free time, she likes to read fiction and spend time with her dog, Mercy, in the gardens of her house in Old Colorado City. 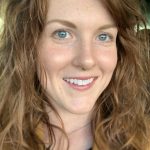 Tierra Izzo is a deviser/performer, director, and teacher. She trained at Emerson College, Boston, MA and graduated with distinction with an MA in Advanced Theatre Practice from the Royal Central School of Speech and Drama in London (2014/15) where she devised and performed numerous original works. She and her husband, Nick Izzo, are producing artistic directors of Artists Anonymous Theatre Company which focuses on creating adventurous theatre in unexpected places (Night Terrors 2019).  She teaches in PPCC’s theatre department and loves leading workshops as often as possible.