Special signed performances for the deaf March 23rd and 30th.

Arthur Miller’s timeless classic of “witch hunts” and “accusations” receives a poignant new staging this Spring at the MAT.  Re-imagined under the direction of Kelly Walters (To Kill a Mockingbird”, 2014)

“Written as a thinly-veiled condemnation of the Communist “witch hunts” of his time, Arthur Miller perceived, brilliantly, that time and distance can pierce through the prism of history and light the way to a universal understanding: that hysteria, impulse, and fear can sweep up the innocent, and, in its aftermath leave a taint of despair and spiritual regret. And that, ultimately, it is the collective community which must bear the responsibility.” –Kelly Walters

THE REVIEWS ARE IN!

“Everything from the opening dance to the costumes to the background music feeds a feeling of disquiet that has just as much to do with the play itself as the cultural implications of its setting.”
The CS Independent – Read the full Review by Alissa Smith here

“Millibo Art Theatre’s current production of The Crucible is a powerful cautionary tale of the abuse of power that results from a disinterest in truth.  Millibo’s small venue puts Miller’s tale of fear, frustration, and injustice mere feet from our seats.  The close connection between actors and audience is exactly what Miller intended: his unthinkable tragedy becomes disturbingly real.” 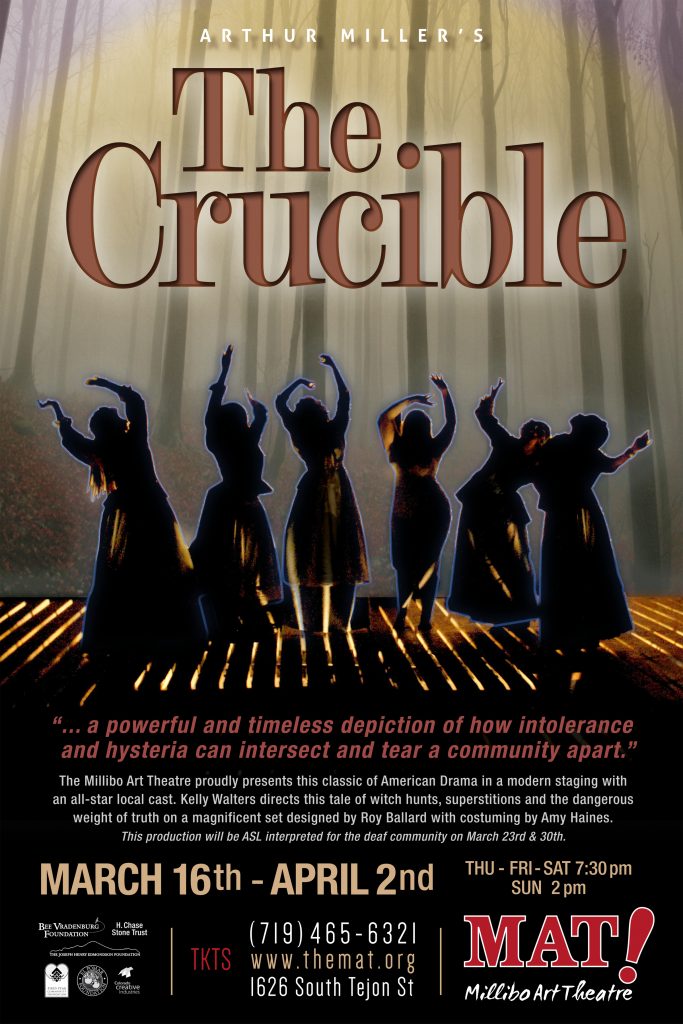 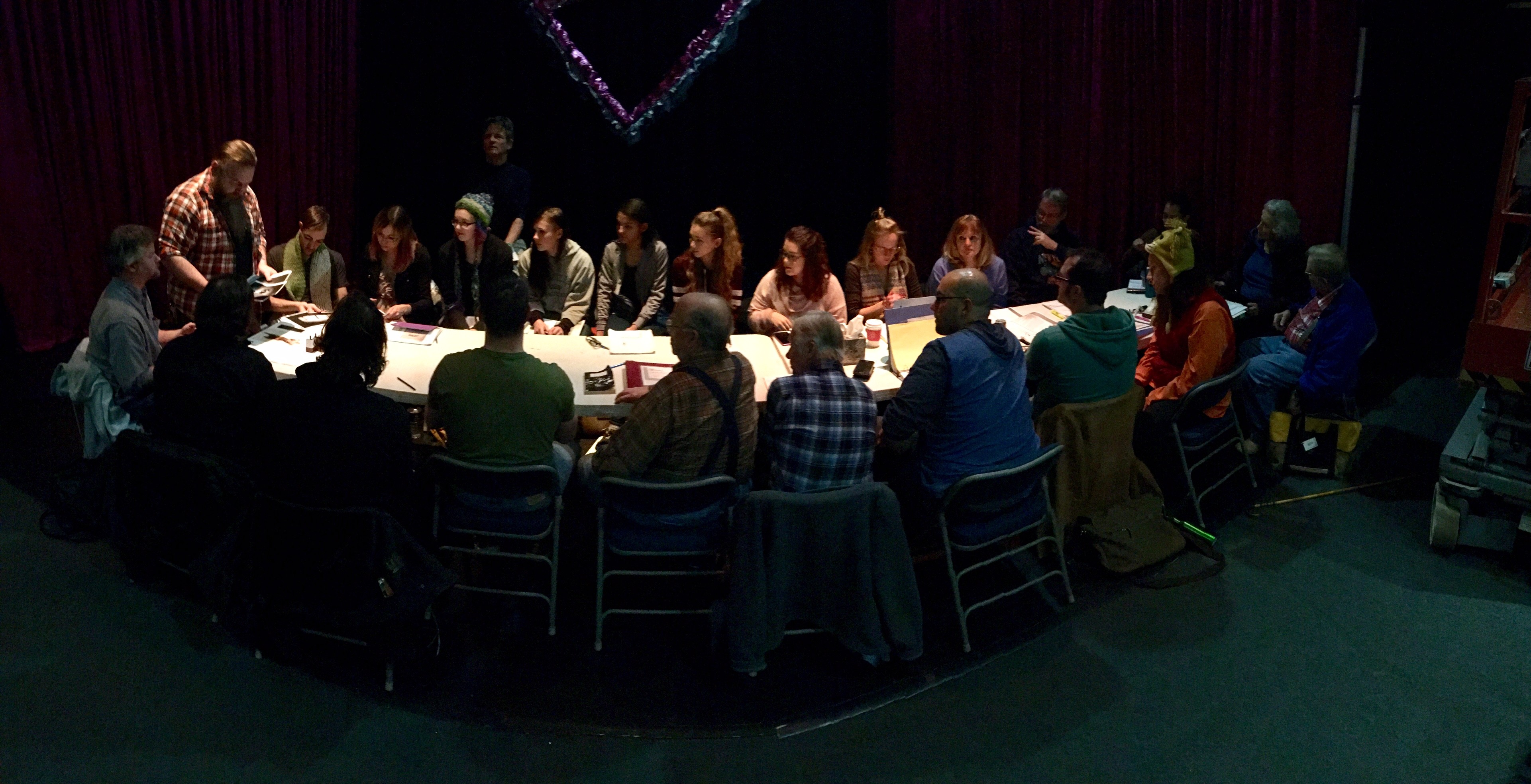 Day one of “The Crucible” – cast read through 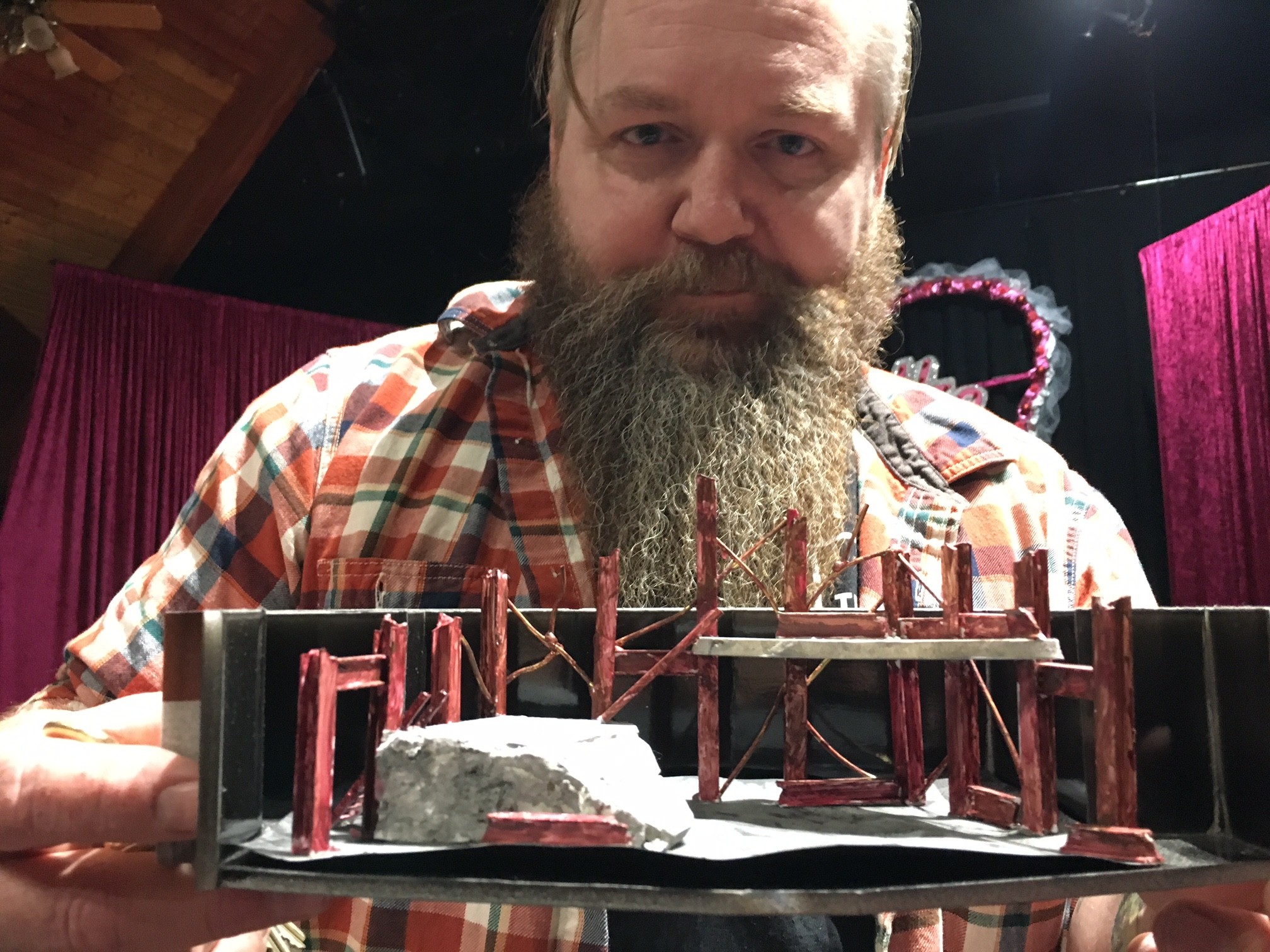