The Heroines of Central Ohio

“Swanson’s dialogue is smart, sassy, flowery and blunt… it satisfies the secret fantasies in the souls of all romantics.”– The Arcata Eye

The Executive Board members of Central Ohio’s Romance Authors of America have a decision to make tonight.  Their  long-standing treasurer and cherished friend Yvette “Evie” St. James has embezzled the Chapter’s entire treasury, and the police will not launch an investigation unless the Board members agree—via voting—to press charges.

The play’s action revolves around each member’s conscientious effort to cast the “right” vote. Evie herself joins the proceedings in the form of a spirit, accompanied by her male muse and chief nemesis, The Player. The Player serves as all of the women’s muses.

Through depictions of each woman’s romantic novels, set in historical, contemporary and futuristic times, along with flashbacks of the members’ various personal  encounters with Evie, the play explores the nature of romance, friendship and forgiveness, and that line–perhaps thin–which separates creativity and madness.

Loosely based on a true story. 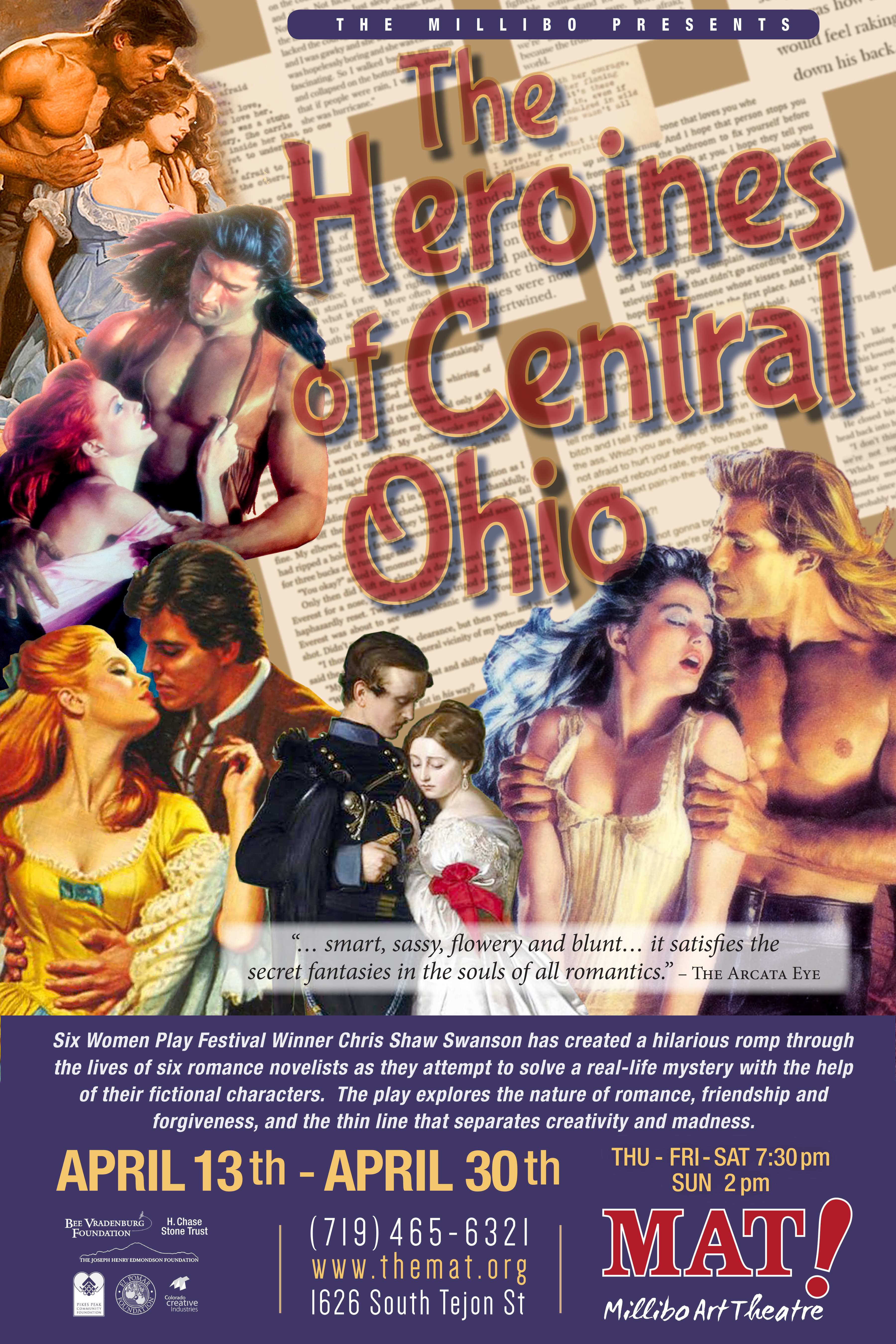